I've published these images before on other websites.  Today I thought it was the right time to put them on this blog and use the opportunity to add captions. 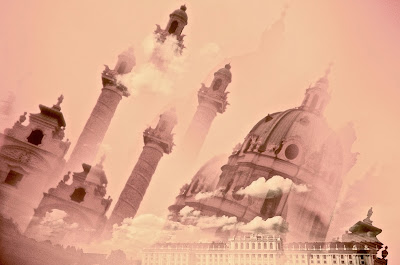 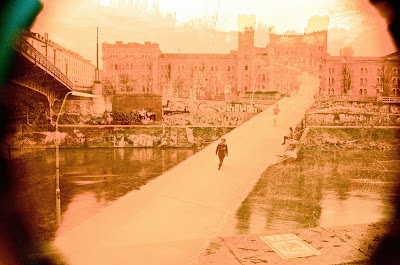 +
Psychedelic Vienna #2
Twice the Donaukanal ("Danube Canal") and once the Rossauer Kaserne ("Rossauer Barracks").  This image is the result of me spending a whole afternoon in one certain area of Vienna and exposing one cartridge two times with pictures of (more or less) the same motif, thus reducing to the absolute minimum what I consider the two main dimensions of organic random photography - namely
a) time elapsed between the two "takes" and
b) variations in motif. 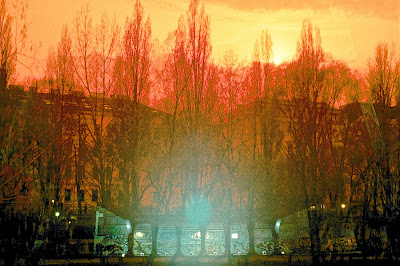 Psychedelic Vienna #3 / L'Empire Des Lumières #3
Same story as with #2. I certainly stole the title from Magritte.  Just in case you wondered why this is not only "#3" of a series of slightly surrealistic images taken in Vienna but also of a series of "empires of light": please allow me to enlighten you right here and right now :-) 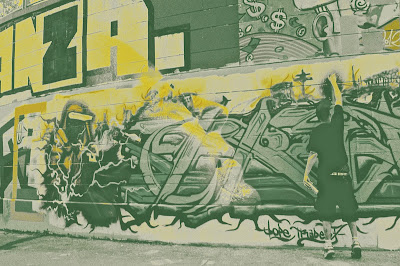 Psychedelic Vienna #4 - Painting Dreams
A colleague at work becomes part of a graffito that is just being sprayed. 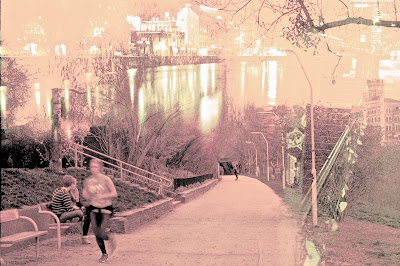 Psychedelic Vienna #5 - Night & Day
Once more the Danube Canal times two, once in bright daylight and once at night. 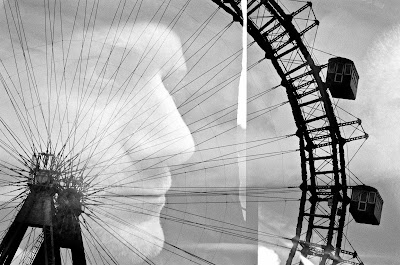 Psychedelic Vienna #6 - The Escape
Thomas and the famous "Riesenrad". 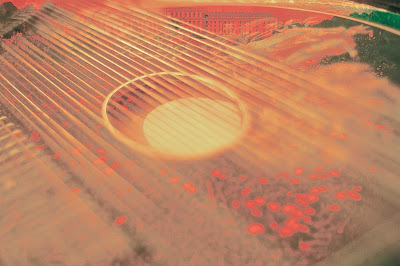 Psychedelic Vienna #7 - The Sound Of "Musik"

Schoenbrunn Palace and a "zither" which I found at Vienna' s biggest flea market (the "Naschmarkt") make their way into the same image.  The name is actually the song title of one of the few modern Austrian artists that enjoy(ed) global success: Falco. 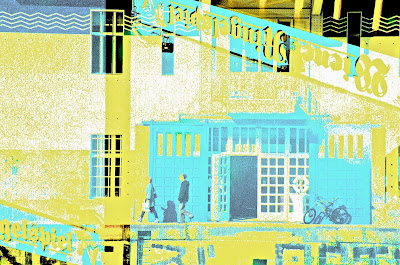 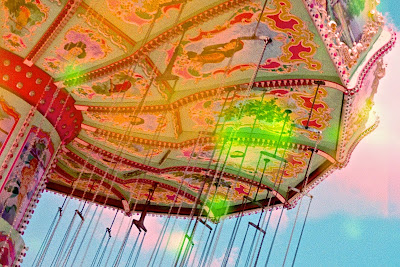 Psychedelic Vienna #9 - The Real Wiener Ringelspiel ?
This Carousel (or "Ringelspiel") can be found in the "Prater".  Judging from the green dots I can tell that the film I used was a "Revolog Volvox". 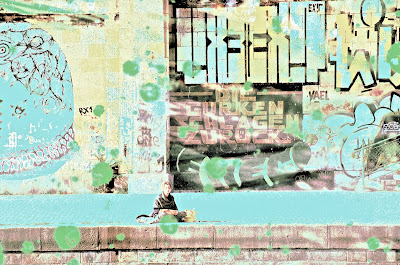 Psychedelic Vienna #10 - The Cucumbers Strike Back
Yet another Volvox... 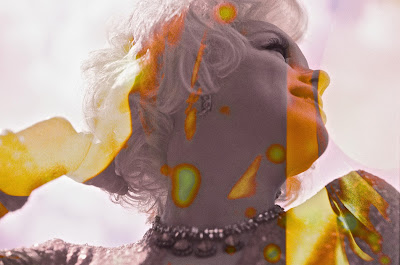 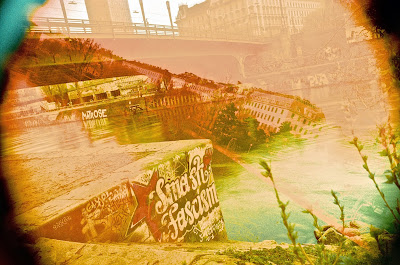 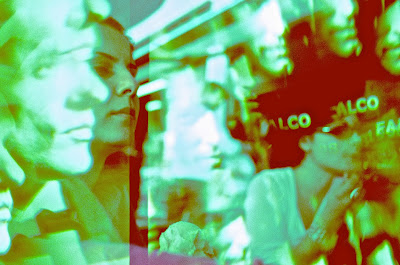 Psychedelic Vienna #13 - Faces
A couple of Falcos as well as my wife Nina and some unknown woman. 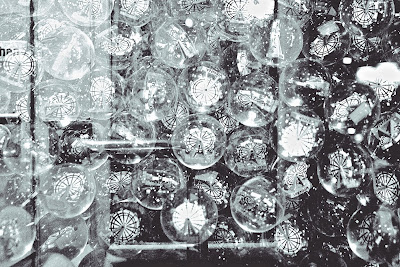 Psychedelic Vienna #14 - Drowning In The Sea Of Absurdity
The entrance door to one of the most legendary cafes of Vienna - the "Hawelka" - gets flooded by "Riesenrad" bouncing balls. 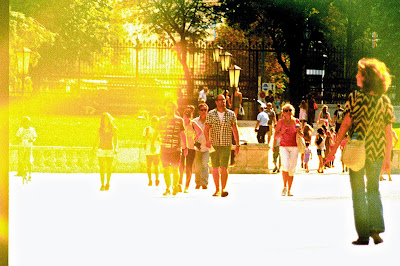 Psychedelic Vienna #15 - Walking In Space
Tourists at the "Burggarten". 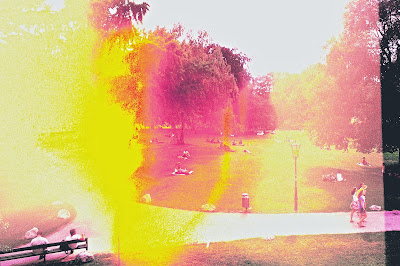 Psychedelic Vienna #16 - Face In The Trees
Danny from my previous blog post vogues right into one of the trees in "Burggarten".

Posted by Robert Marcus Klump at 2:54 PM No comments: