My Least Creative Pictures Ever?

What happened to me?  Have I become a total hypocrite?

When I was still writing my own music I often complained about "those uncreative so-called artists" who have big international chart hits with songs whose only really interesting component is a melody that was stolen from a well-known song or, even worse, from some ancient composer's piece.  What comes to mind are tunes like:

- "Everything's Gonna Be Alright" by Sweetbox
Based on the "Air On The G-String" by Johann Sebastian Bach.  To do something like this could never "be alright".  At least so I said in 1997  :-)

- "Gangsta's Paradise" by Coolio
As he walks through the valley of the shadow of death, Coolio stole from a song called "Pastime Paradise" by Stevie Wonder.

- "Happy People" by Marky Mark
Sounds just a bit too much like "Eleanor Rigby", the (back then) highly progressive song by the four guys from Liverpool.  (Yes I said progressive! Or can you think of any song recorded until 1966 by a rock band where none of the band members play any instruments but instead hire a classical string octet?)

- "Millenium" by Robbie Williams
As Wikipedia rightfully states, the song heavily borrows the musical arrangement from  John Barry's "You Only Live Twice".  I still remember how angry I was when that song came out, not only because of the 007 quote but also because at the release of "Millenium" too many people (and apparently also R.W.) seemed unable to count to ten and believed that the millenium ended on December 31, 1999.

So why on earth am I now committing that very same "crime" of creative theft, with the images below, the only difference being that I am doing it in photography rather than music?

Picasso once said that good artists copy and great artists steal.  Not that I am so full of myself to believe that I can compare myself to people like Picasso or Magritte or, more realistically, my hero photographers Philippe Halsman and Man Ray.

Of course I do not believe I can compare myself to these geniuses, just like I do not expect the guys from "Sweetbox" to compare themselves to Bach.  Frankly, I was simply having fun with my camera while enjoying the works of some of my favourite painters on "Wikipaintings" (www.wikipaintings.org).  The self-critic in me would fully understand if you considered the pictures featured in this blog post utterly uncreative, reason being that the only interesting thing about each photo is the "thing" that I stole from that famous painter!

If that indeed is what you're thinking then please let me know!  Not because I love to be bashed but because I want to improve.  And I can only do so if I learn where I am going wrong and what I am doing right.

So here we go: 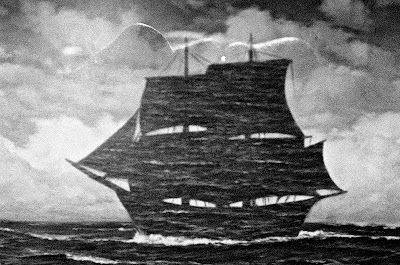 Being Seduced By Magritte
Nina's got her head in the clouds (of Magritte's "The Seducer"). 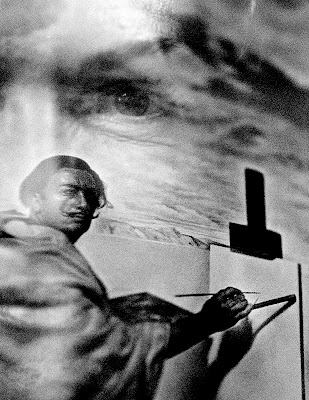 Falling In Love With A Past Master
In this one, a portrait of Christina superimposes a section of Dali's "The Ecumenical Council". 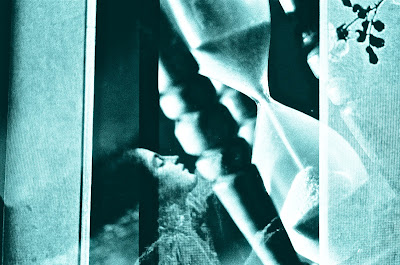 Ignoring The Passage Of Time #2
"Liebe" ("Love") by Gustav Klimt blends with an hourglass that totally hides the male person in the painting. 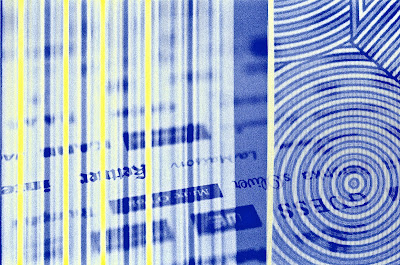 Shop Till You Drop
Two works by Victor Vasarely blend with an advertisement for a shopping mall. 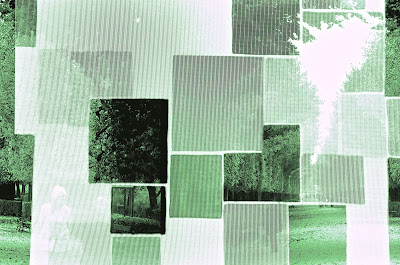 Why Your Heart Should Be Not Only Partially Green
The monochrome version of a design by Sonia Delaunay partially (un-)covers the calm and beauty of Schönbrunn Gardens of Vienna on an afternoon in fall. 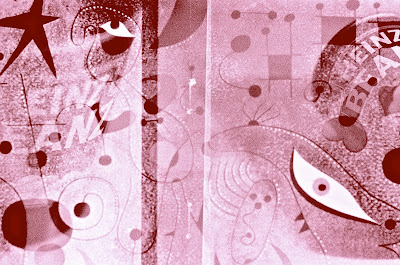 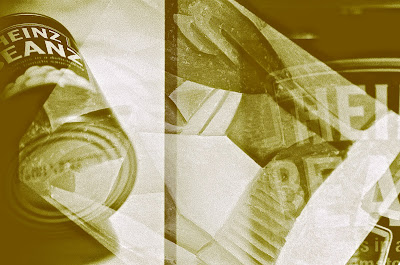 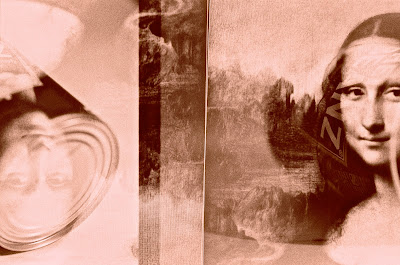 Trying To Can Happiness For Later Consumption #1
Leonardo da Vinci's "La Gioconda" ("the jocund one" aka "Mona Lisa") merges with yet another legacy of mankind (?) and does so twice.
Posted by Robert Marcus Klump at 10:45 AM No comments: